Side-scan sonar is an effective tool for identifying seabed objects or items of debris as it creates an image of the sea floor, using sound energy and strength of signal return to cover large areas quickly and cost-effectively.

This information can be used for a wide variety of purposes, including the creation of nautical charts and the detection and identification of underwater objects and bathymetric features. 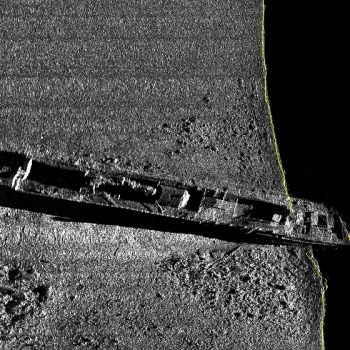 Side-scan sonar produces a detailed picture of the seafloor or riverbed, regardless of water clarity. The system, which may be towed from a surface vessel or mounted on a ship’s hull, emits fan shaped pulses down towards the seafloor across a wide angle, perpendicular to the path of the sensor through the water. This produces high quality imagery but cannot provide depth information. High resolution images are sent from the towfish to a topside computer for both real-time display and data storage.

Areas of hard return, such as rock outcrops, reflect more sound and have a stronger return signal than softer areas such as sand or mud. Areas with stronger returns are generally shown on plan darker than areas with lesser returns. The ‘backscatter’ (intensity) returns can be used to show the seabed geomorphology in either monochrome or colour formatted charts. 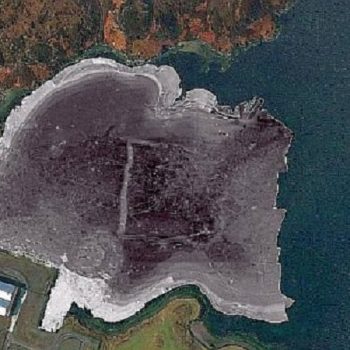 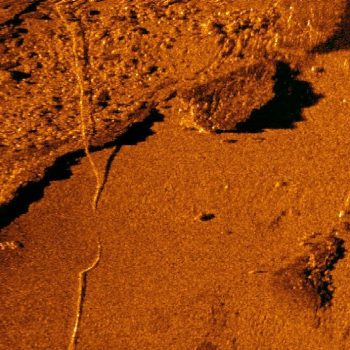 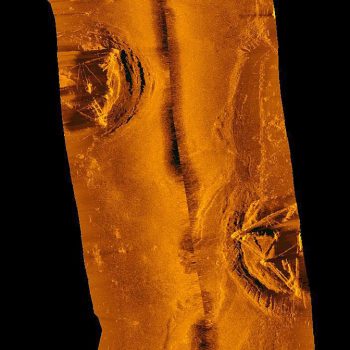 Side-scan data often aids identification of sea floor objects / targets and highlights the shape, orientation and dimensions of the entity. Any object or feature that is above the seabed will cast a shadow within in the sonar image, allowing the software to interpolate the size of the shadow, which can be used to accurately dimension the feature or target.

Fully integrated with the vessel’s navigation system, positional co-ordinates are automatically captured with the side-scan data, enabling a fully geo-referenced mosaic TIF image to be produced.

Side-scan sonar imagery is used to detect items of debris and other obstructions on the seafloor that may be hazardous to shipping or to seafloor installations, such oil and gas pipelines, outfalls, cable routes, oil / gas platform positioning and marine industry construction works.

With extensive experience of using side-scan sonar systems as part of UXO detection surveys, providing supplementary information to that collected with both multibeam bathymetry and magnetometer systems, our survey methodologies meet the stringent standards required for UXO risk assessment and clearance certification.